Create actions to automate or trigger visual changes based on user interaction with your dashboard, all without writing a line of code.

Written by Ameena Ahsan Pirbhai
Updated over a week ago

Use the Actions feature to add customized interactions and analytical (logic) functions to your workbook - all without writing any code.

Define the action you want to create, it could be to automate visual changes to your data using a filter, or to add interactive actions that modify the worksheet with the click of a button. You can do both of those actions by putting them in sequence.

Drag and drop blocks from the catalog to create an action. Each action must have an input (trigger) and an output. Placing a condition between them is not mandatory.

Creating an Action in three steps 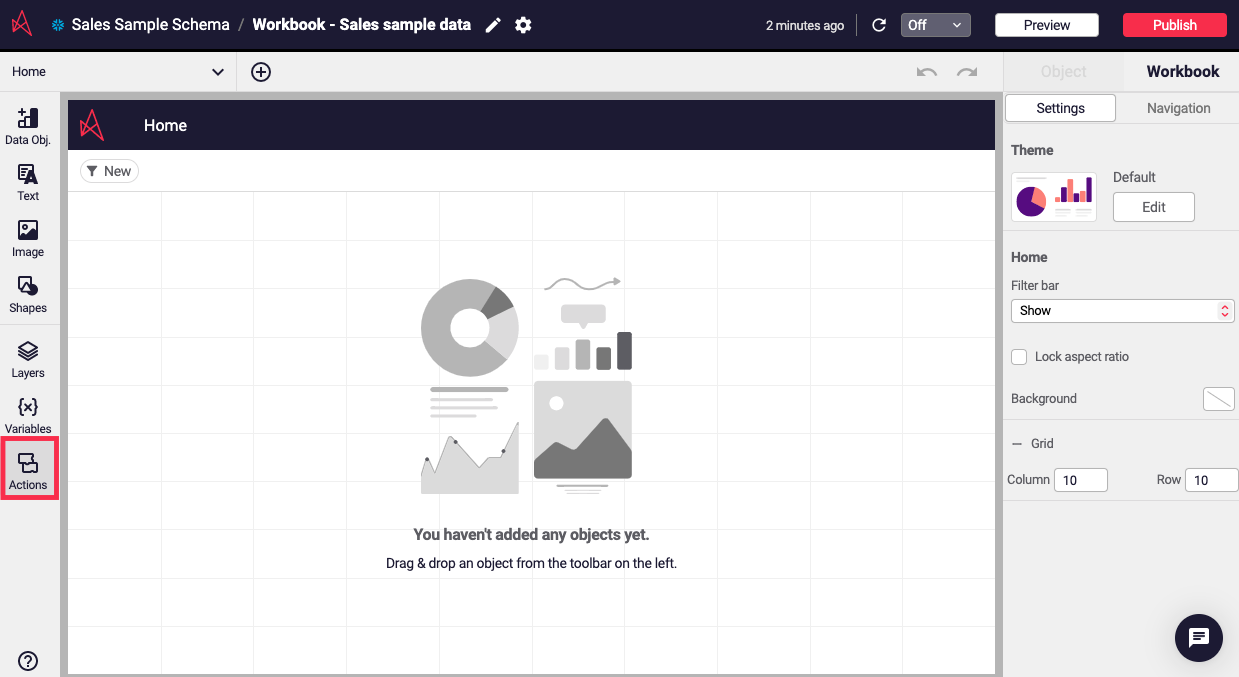 If you have an element on your worksheet, like a button, the link to modify its actions displays in the Object style toolbar as well.

The Action Editor displays a new layer for you to create your first Action. The catalog of actions displays on the left. The Actions sheets are numbered at the top in the middle. Click the plus (+) icon to add a new page.

Drag and drop blocks from the catalog to create an action.

Tip: Organize your actions on individual sheets, so they're always ready to use in a new view.

The example below shows the use of two actions; a Trigger event (Every 120 seconds) and a Filter event.

Tip: You can preview the actions and they how they would behave in a published workbook. They run only when viewing a workbook and not while you're editing. 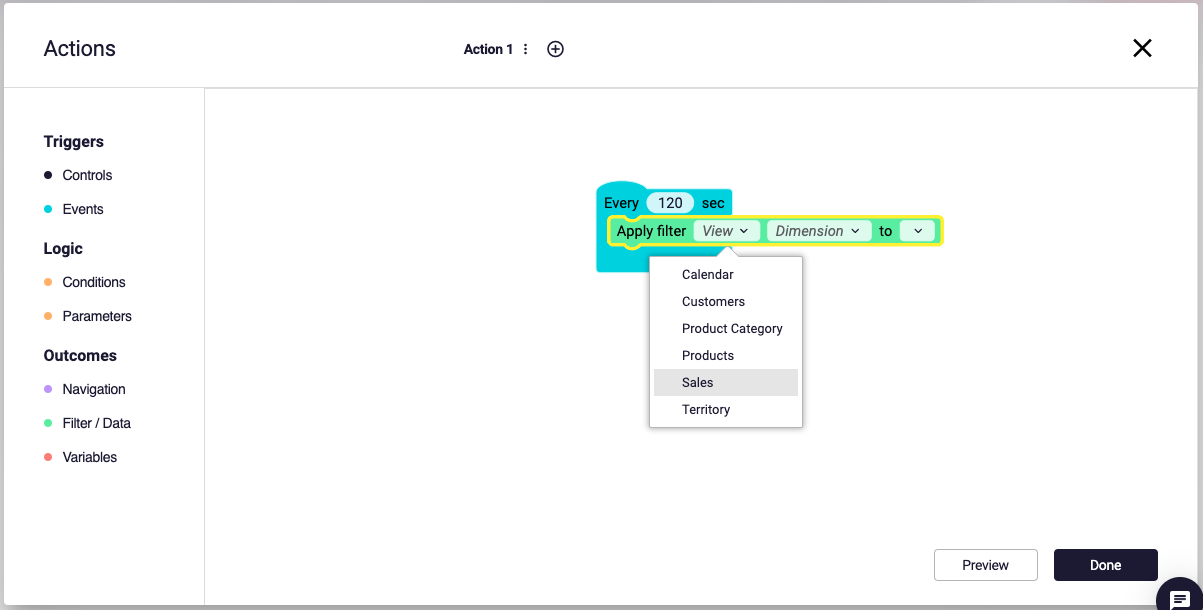 Each action block represents a coding concept and the whole action is displayed as interlocking blocks.

Each block only fits with the shapes that can create a logical flow. If you try to add a block that is incompatible with the sequence, the blocks will not connect.

Most blocks include a field or drop-down options where text or parameters are set.

Use the catalog to modify the ones you have or create more.

Tip: Organize your actions on individual pages, so they're always ready to use in a new view.

Click on the action block and drag it down to detach it from the blocks.

The fields on an action block can hold text, numbers, boolean conditions, and defined outcomes as part of their sequential flow.

If you have a block that is incomplete or invalid, it displays as red, indicating the action can't be performed. In this example, the field on the Button trigger action shows 'No buttons' because there is no button on the worksheet for it to reference.

To remove an action block simply drag it back to the toolbar, or select it and press Delete. To keep it on the side for use, drag it slightly away from the middle where you're building your action.

Did this answer your question?